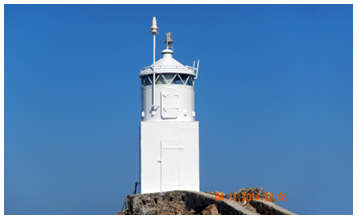 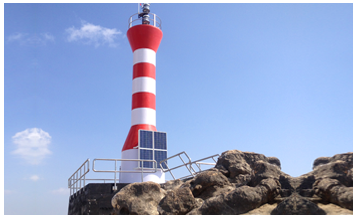 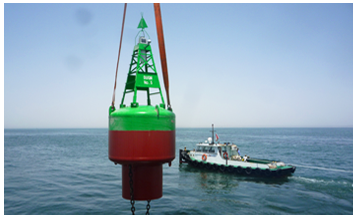 In the mid 1930s Oman’s second lighthouse was commissioned on the northern summit of Jazirat Masqat to guide mariners to the safety of Muscat cove. It is accessible by a rock and concrete path leading from the sheltered khawr below. In the middle of the last century Oman was served by just these two lighthouses. Then with the renaissance in the early 1970’s, the demand for new harbours grew again. Lighthouses, shore beacons and buoys were needed to guide ships into Port Sultan Qaboos.

Muscat Light was upgraded by AMNAS in 2005. It is fitted with a Radar Beacon – RACON – which produces a unique coded signal on ship’s radars.