The first lighthouse in Oman was built on the island of Didamar in the Strait of Hormuz in 1914. This is one of the three islands lying about 10 miles off the Musandam. European seafarers called the two wedge-shaped outer islands Great and Little Quoin after the quoin or wedge that was used to elevate ship-borne cannon. The Shihuh tribe living in the Musandam named the two outer islands mumar and didamar; ‘mother’ and ‘daughter’. The ‘Committee of Enquiry on Lighting and Buoying of the Gulf’ which met in 1909 recognised that a major light should be established to guide vessels through the Strait of Hormuz. Given the curvature of the earth, a lighthouse needs to be placed at a high elevation above sea level so that it can be seen over the horizon. Didamar, being conveniently flat-topped, provided an idea site for a lighthouse which was operational by 1914.

The giant rotating optic, initially lit by kerosene lamps, gave two intense white flashes of light every 10 seconds. This ‘characteristic’ gave the light a unique identity which told mariners that they were in sight of the entrance to the Gulf; where Didamar was; and how to navigate past it with safety. The clockwork mechanism driving the lantern rotation required rewinding every six hours by a team of seven watch-keepers. Responsibility for its operation was transferred from the Indian Marine Service to the Persian Gulf Lighting Service in 1951 later renamed the Middle East Navigation Aids Service (MENAS).

The Island of Didamar lies 10 nautical miles off the northern Musandam Peninsular in the strategic Strait of Hormuz. It was fully refurbished by AMNAS in 2006 when the light was upgraded to a modern rotating beacon with a 23 Nautical Mile range. The operation of this light is monitored remotely in the AMNAS Head Office. 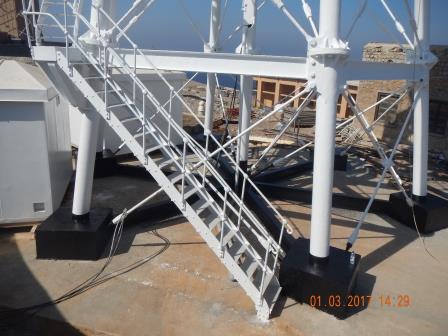 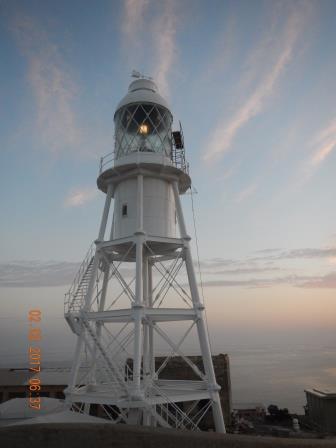 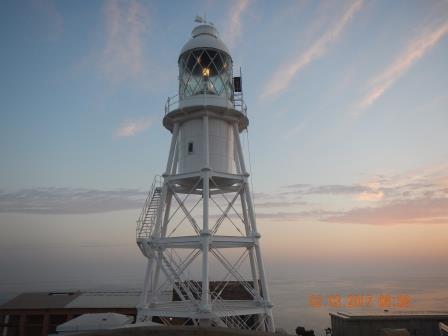 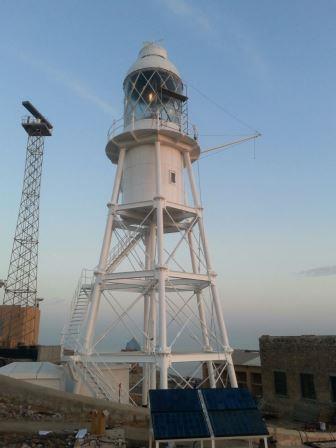 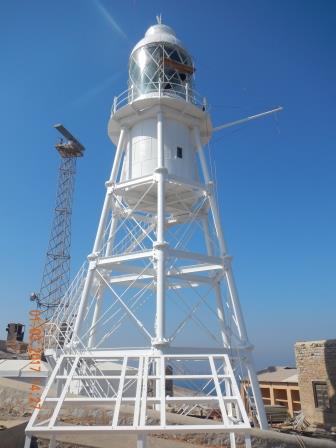 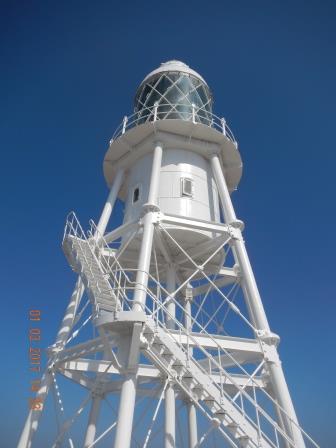